MISTAKEN IDENTITY, the third novel in the series, explores the depth of childhood emotional scars and the consequences of irresponsible parenting, as the Homicide Detective tracks down a killer seeking revenge.

And since it’s the third book in the series, I’m giving away three books with three ways to win. On Twitter, I’m hovering around 900 followers.  Sometime in the next month, I expect to hit the1000 follower mark.  Whoever is number 1000 will win a free book.

Also, on Twitter, I won’t neglect the followers who have been with me from the beginning or who follow me on the path to quadruple digits.  I’m giving away one copy of MISTAKEN IDENTITY at random picked from my full list of followers. 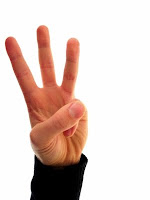 And I’m not neglecting those of you who are not inclined to tweet.  If you follow my blog, you have a chance, too.  One lucky follower here will win a copy of MISTAKEN IDENTITY.
All winners will be announced as soon as possible after my Twitter followers list hits 1000.
The books will be shipped on or before the U.S. release date of May 1, 2010.
All winners will have the option of substituting any one of my other three mystery novels: BITE THE MOON, THE TROPHY EXCHANGE or PUNISH THE DEED
or one of my ten true crime titles.