Casey Anthony Defense Must Have a Fleet of Buses 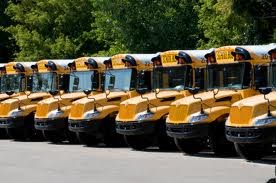 Long before the trial, people started talking about the possibility that Casey Anthony and or the defense would “throw George under the bus.”  And sure enough, they did.  Yesterday in the courtroom, they rolled out their fleet running over the whole family.

Jose Baez questioned Cindy Anthony about an argument with her son Lee over the Dominic Casey-James Hoover search and videotaping in the woods.  Cindy denied that it ever happened.

The defense then put Lee on the stand to ask him about the fight.  He admits to it and provides more detail.  He claimed that his mother sent Dominic Casey into the woods to follow up on a tip from a psychic.  Lee was angered by that because he wanted to believe Caylee was alive and his mother was sending someone in search of a dead body.  Essentially, the defense just impeached their own witness Cindy Anthony–the only person who accepted responsibility for the computer searches that the state alleged showed premeditation by the defendant.

Then Baez took on George Anthony, accusing him of having an affair with Krystal Holloway/River Cruz.  George denied it.  I imagine the defense will call her to the stand before it’s over.  But, really, how much credibility can you give a woman with an alias?

At this point, I wouldn’t have been surprised if the defense called a witness to impugn the credibility and character of Winnie the Pooh, naming him as yet another evil influence in the life of their client.

Before the called the family to the stand, they put up Joe Jordan who took the fifth and I cannot believe that the experienced Cheney Mason didn’t see that one coming.  They followed up with a sloppy assault on Roy Kronk.  In the opening statement, they called Kronk “morally bankrupt” and claimed he’d had the body in his possession before placing it where it was found.  They certainly didn’t prove that allegation.

The day wrapped up with a series of proffers outside of the presence of the jury. Judge Belvin Perry ruled that testimony about Casey Anthony being a happy prisoner was not relevant or material and deferred a decision about the admissibility of Jesse Grund’s testimony.  Jesse wanted to tell the jury about Lee groping Casey while she slept.  I can’t see how a tale told by known liar Casey Anthony to a boyfriend can have any credibility even if the judge does allow it.

Wednesday will start with Anne Finnell delivering argument for the defense motion about the illegality of the death penalty in Florida via telephone.  I hope she prevails.  With a death sentence, Casey will have unlimited resources to appeal.  With a life sentence, Casey will be just one more inmate without any extraordinary assistance from the State of Florida.

The defense told the judge that they have half a dozen witnesses remaining before they rest.  The state will definitely call rebuttal witnesses.  After that, it all will be in the hands of the jury.  Hopefully, they will see the big picture and delivery justice for Caylee Anthony.