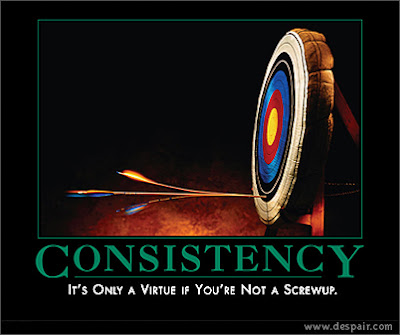 I’m not a lawyer.  I haven’t studied law.  I am not qualified to give legal advice to anyone.  But I do possess a modicum of common sense and that is what I am relying on here.

If Jose Baez wanted the jury to believe a single word of the scenario he painted in his opening statement, wouldn’t he have served his client better if the defense consistently reinforced that theory throughout cross examination?

He said that Caylee died as a victim of accidental drowning.  He insisted that George Anthony, whom he alleged molested his own daughter, disposed of the body of his granddaughter.  He suggested that George put the duct tape on Caylee’s mouth and nose after her death to frame Casey.

Why hasn’t he approached the state’s evidence in the same way?  When witnesses testified to the smell in the trunk of the car, why did he question the existence of a decomposing body in the vehicle?  Why didn’t he ask: Did you find any evidence to prove who placed that body in the trunk?; Do you know if Casey was the sole operator of the car after the body was placed in it?

When witnesses testified about the duct tape, why did the defense question if it were actually on the skull when the remains were found?  Why didn’t they ask: Did you find any evidence of who placed that duct tape on her face?  When Dr. Jan Garavaglia said, “There is no reason to put duct tape on [a child’s] after they die,” why didn’t the defense ask her about the motive of framing another person for a crime?

When witnesses testified about the similarity black garbage bags in the Anthony home and the black garbage bags at the recovery scene, why didn’t the defense ask if there was any physical evidence to indicate exactly whose hands pulled from the box and used them to conceal the body of Caylee Anthony?

The only conclusion I can reach is that there is absolutely no credibility in anything the defense presented in its opening statement and they know it.  They don’t use it as a shield to protect their client because they are well aware that there was not a single piece of truth in their argument.  If there were, they would embrace the evidence that could be construed to support their version of events.

But they have not done so.

I’ve served on juries, including, on one occasion, a murder trial.  And as a former juror, I can call on my experience and say without doubt that many jurors spot inconsistencies from the attorneys at trial.  Many use it as a method of weighing the credibility of the testimony.  When one side is inconsistent, they grant the other side credibility and jurors often reach a verdict based on whom they believe.

The defense inconsistency looks bad for Baez’s client but it may be the just the flaw in their presentation that the jury needs to find justice for Caylee Marie Anthony.