State Takes a Byte Out of Casey Anthony Defense 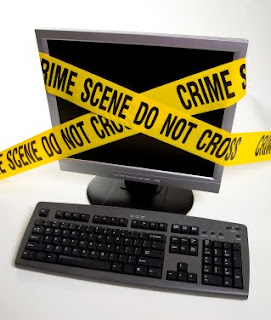 Wednesday was a mind-boggling day in the Casey Anthony trial.  The day was heavy in nerd-speak and geeky detail but in the midst of it all were the damning search terms on the Anthony home computer–some of which were done when the only person possibly in the home was Casey.

Jose Baez tried to minimize the damage by pointing to the length of time that the user was on those sites and the fact that many of the terms seemed to have no relevance to what happened to Caylee.  The jury must see past that smoke screen.  If someone is looking on the Internet to figure out how to commit murder, that person would explore a number of options.  And when the jury hears that these searches were manually removed from the computer, can’t they assume that someone wanted to hide the Internet history.  It is then not a stretch to think that Casey could have used other computers that could not be tied to her to do additional searches.

And did you see the June 7 National Enquirer article?  It claims that the defense team’s ultimate strategy is to push George Anthony to take his own life.  Then, they would use his suicide to create reasonable doubt by claiming guilt drove George to this final act–his guilt over Caylee’s death and the sexual abuse of Casey were too much for him to bear.  If there is any truth at all to that claim, we’re witnessing the most diabolical, cold-hearted defense plan ever.

We can only hope that each day, one step at a time, we are getting closer to justice for little Caylee.